In 2017 Staffordshire Gamehawks offered a unique and bespoke service to our fellow falconers for the first time. In addition to the usual 9 week old fully parent-reared eyasses that were ready for formal training by the client there were two further options available to those discerning flyers of game hawks. Either a manning, training, kiting/droning and entering programme for fully parent-reared hawks or a KWF programme including kiting/droning and entering that would enhance the already superb quality hawks available from us. In the following three years we produced two KWF Brookei falcons and two more traditional parent-reared Brookei falcons that have gone out to delighted falconers after being trained and entered to quarry. All of these falcons have gone to their new homes with a good to high waiting-on pitch and already entered to ducks & game. In 2017 a KWF Peregrinus tiercel out of Bubble was raised, trained & entered and made consistent good pitches before embarking on a career as a prolific natural breeder. In 2019 we expanded our range by producing two Peregrinus x Brookei tiercels that both went to a falconer tackling his first ever season hawking snipe. That falconer was very impressed with the quality of our KWF hawks and also had the opportunity of seeing a KWF Brookei falcon that was earmarked for another falconer flown over his ground at ducks and was equally impressed. In 2020 a KWF Peregrinus tiercel out of Pepsi was raised, trained & entered before embarking on a career as a partridge hawk and in 2021 a fully parent-reared Peregrinus falcon out of Stan & Missy was manned, kited/droned and entered before going onto her new life as a prospective breeder. 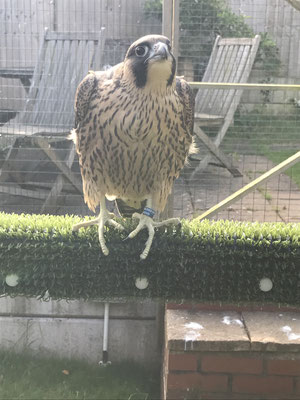 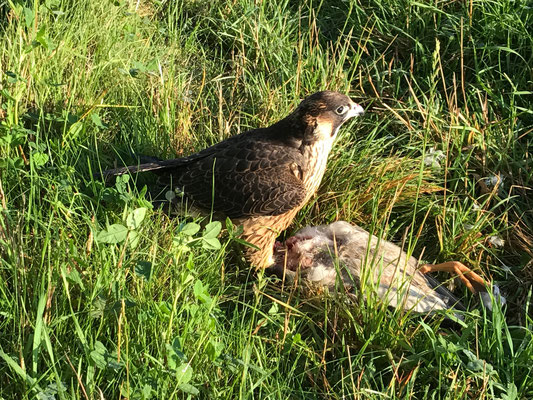 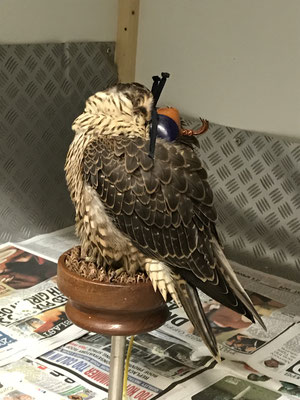 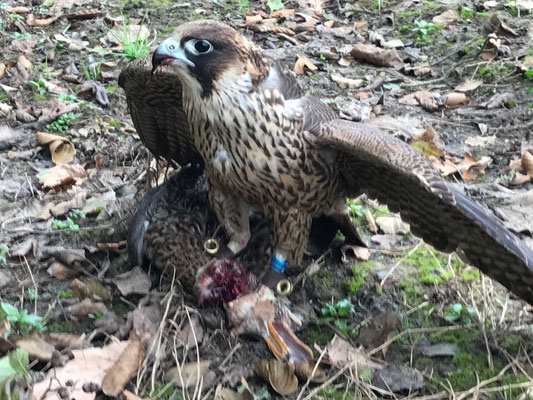 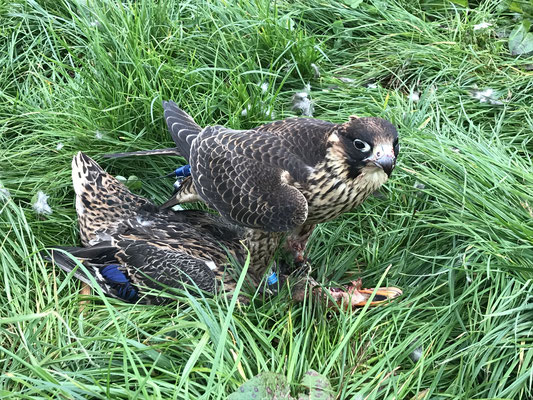 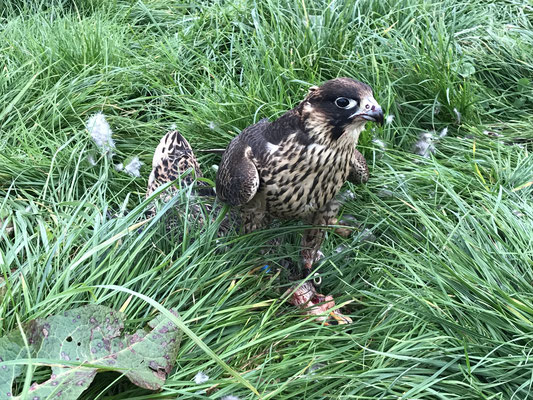 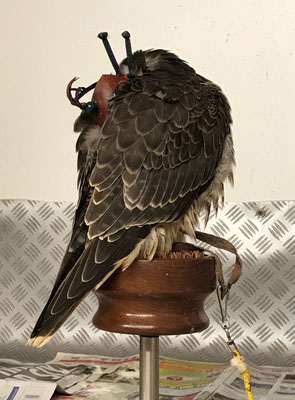 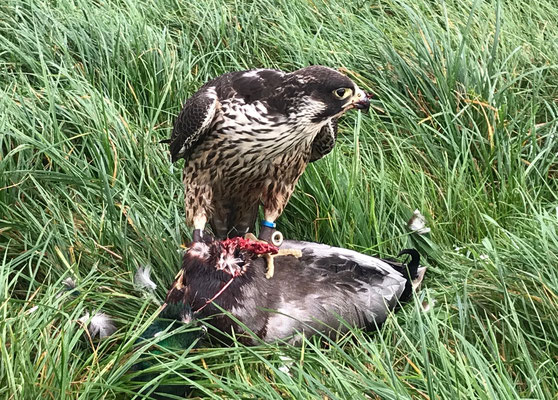 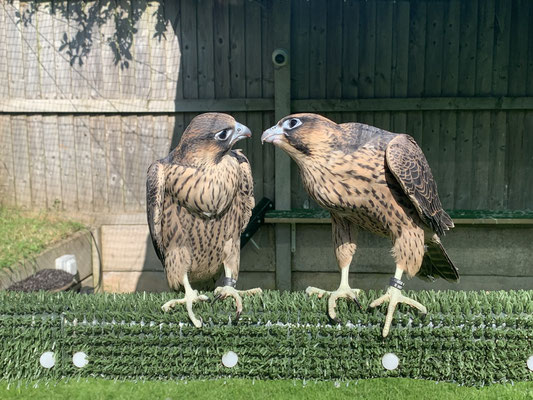 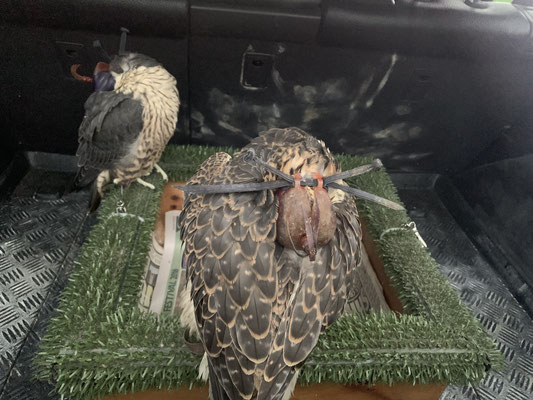 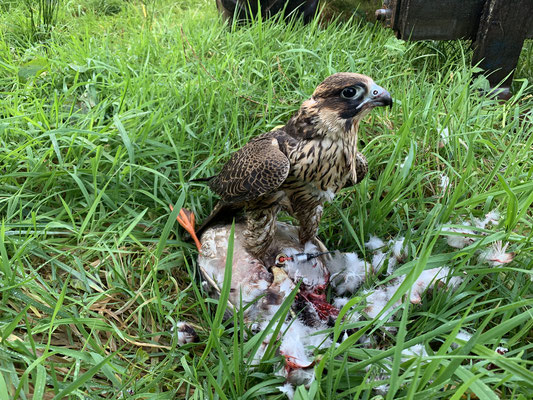 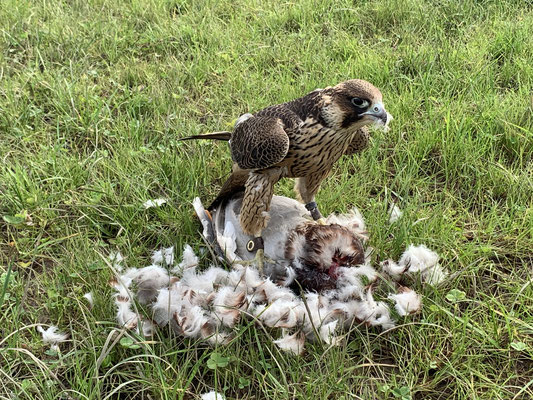 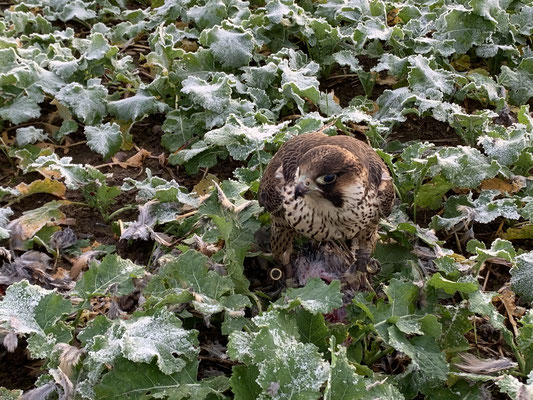 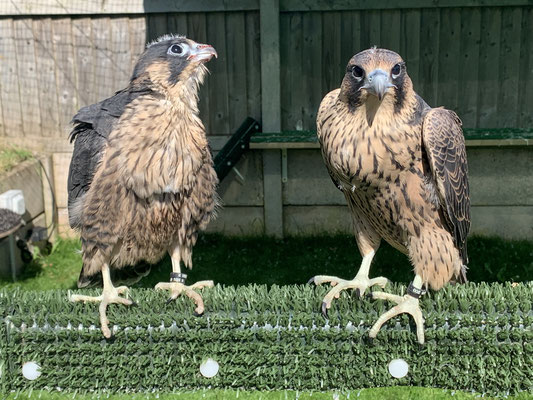 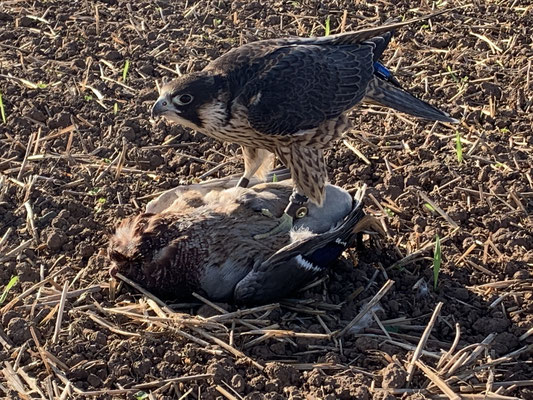 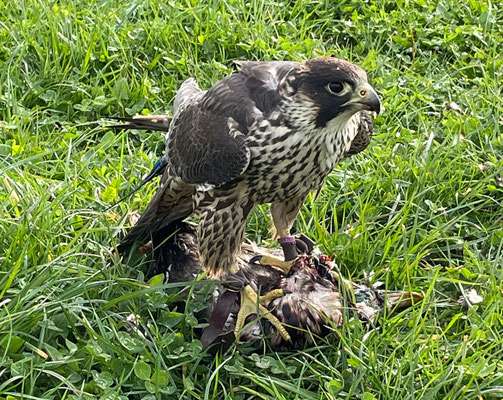